My first WordPress plugin. Nothing fancy, just something convenient for some of us.
Mainly for those who are living in China or in a country where the internet connection is slow, unstable or simply if you want to use Oxygen offline.

As you may know, Oxygen loads some assets from different CDN, as you can see here : 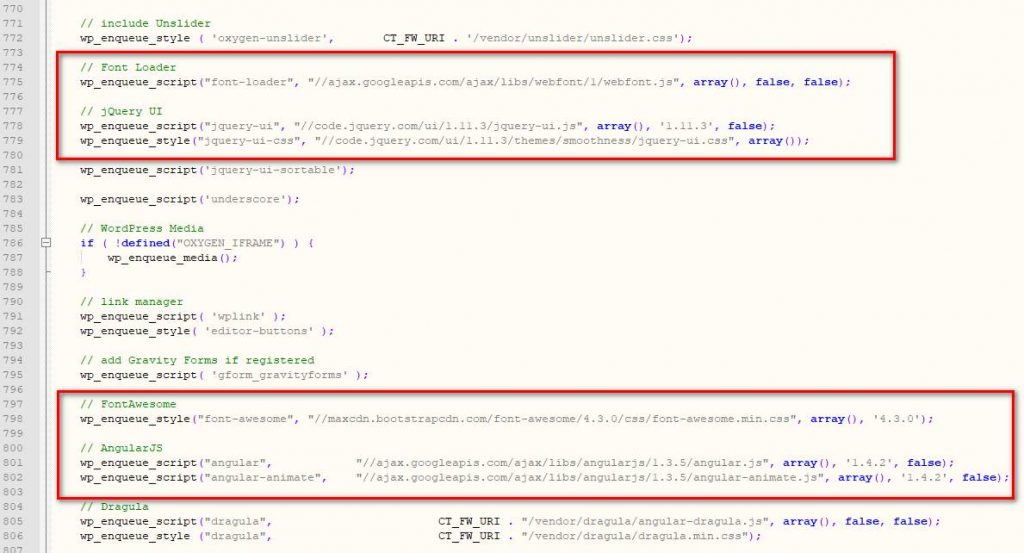 For example, everything from googleapis.com is blocked in China so we must use a VPN just to run Oxygen.

All these files are now included with this plugin so they can be loaded locally.

Oxygen also uses the Google font Source Sans Pro for his UI.
With this plugin, Oxygen will only use the WordPress default font instead. Which is actually pretty similar to Source Sans Pro so you won't see a huge difference.

I am not really a Dev, I've made it for myself but I have decided to share it as it might be interesting for some people.

Special thanks to David Browne for his idea and tips.